I am known as the dessert queen at church and home, I am always whipping up desserts, cakes and other sweet treats sure I can do savoury but I am known for my desserts and treats. I posted a picture today of a cake I made for dessert tonight as we had friends over for tea on Facebook, within minutes lots of people had 'liked' it. So I thought I would post the recipe (along with the picture!).

UPDATES
This cake freezes really well and you would never know that it had been frozen unless told otherwise. I have frozen it both in the pan (just make sure you do a couple of layers of glad wrap and/or foil) and in a container. You can freeze either the whole cake or slices of it if there's any leftover. The Almond Brittle won't freeze so be sure to make it on the day you plan to serve it. To defrost leave it on the bench for at least 12 hours so it will fully thaw (If I am able to I get it out the night before).
You make your own almond meal by grinding 225grms of almonds in either a blender, coffee grinder or food processor until ground then sifting it and weighing it until you get 200grms you may need to regrind the larger chunks until you get the right amount.
We normally serve this cake with whipped cream or ice cream and sometimes a berry compote if we choose not to do the brittle (frozen berries and sugar over low heat until they are broken down into smallish chunks and a syrup has formed) which all helps cut down on the richness.
Posted by Erin Maree at 8:33 PM 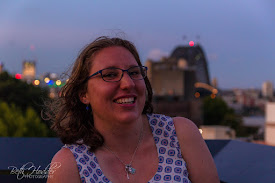 Erin Maree
Australia
A not so typical Christian girl. Anxiety and Dyspraxia survivor. ReachOut Youth Ambassador. Community Services student. Needs glitter in her life. Loves to bake. Requires chocolate to function. Believes that sometimes you just need to cry. Loves the rain. A spring baby. Not quite a crazy cat lady. The oldest out of 3 girls. Wants to fall in love and live happily ever after. Book worm. Loves to smile. Been known to binge watch entire TV series in a week. Dreams of being a writer/author. Pretends the world is perfect. Loves Psalm 27. Wants to make a difference in the world. Has no idea where the future will take her.